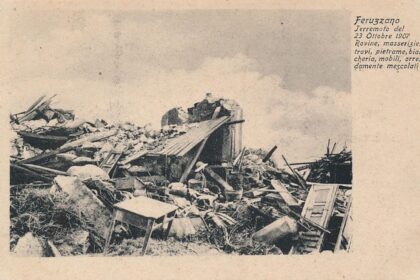 Over the centuries, the historical events of Calabria have been conditioned by seismic events which sometimes affected large portions of the territory (such as the earthquake of February – March 1783), other times much more circumscribed areas but with equally serious effects.
Two years after the earthquake of 8 September 1905, around 9:30 pm on 23 October 1907, some strong tremors were felt in the southeastern area of the province of Reggio Calabria.

The earthquake in the report by Giuseppe Mercalli

In a report, the geologist Giuseppe Mercalli wrote:
The earthquake had a well-defined and very narrow epicentral area, ie a few square kilometers, which includes only the town of Ferruzzano, where many houses collapsed almost entirely and 158 people died out of 1967 inhabitants […]. Certainly the position of the town on an isolated and sloping hill, and the landslide rock on which the houses are built, magnified the effects of the earthquake […].

As for the few dead and wounded scattered sporadically in other countries, they are all attributable not so much to the violence of the earthquake, but to human neglect and some also to unfortunate circumstances completely independent of the seismic movement […].

In studying this earthquake, we must be very cautious in deducing the intensity of the shock from the damage suffered by the houses; since in the same municipalities affected now, two recent earthquakes (of November 16, 1894 and September 8, 1905) had caused more or less serious injuries, which in general had not been repaired at all or badly repaired […]. 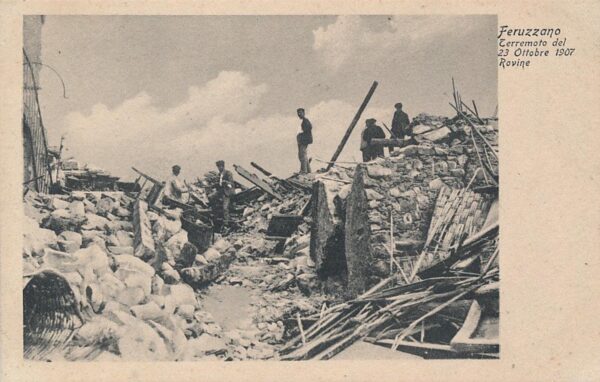 From the event to the news

At dawn the next day the effects of the earthquake appeared in all their macabre evidence: the town of Ferruzzano was reduced to a heap of rubble, in the midst of which the survivors roamed in search of victims. When the news of the earthquake reached Rome, Prime Minister Giolitti ordered the dispatch of troops from the Military Engineers and the Red Cross. Rescue arrived from Reggio Calabria a few days later: about three hundred soldiers, who immediately began to distribute food and dig in the rubble in the pouring rain. 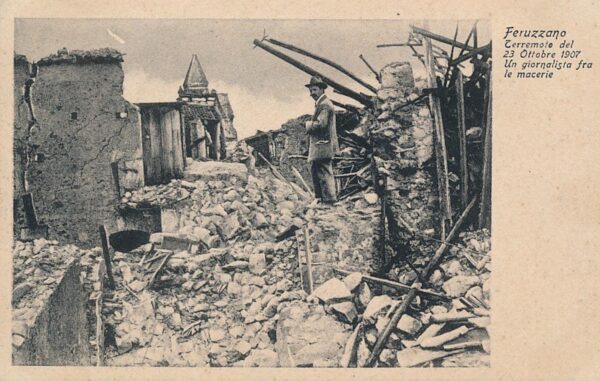 Ferruzzano, earthquake of 23 October 1907 – A reporter in the rubble

The recognition of the corpses took place in Piazza Cavallotti, where the stretchers with the bodies covered by a cloth gradually arrived. A municipal employee lifted the cloth and, recognizing the victim, pronounced her name and surname aloud. At that point, the cries and crying of relatives could be heard, but there was no time for vigils and funeral ceremonies. The earthquake had also destroyed the church and it was necessary to provide for the burial of the victims as soon as possible. Twenty-two days after the earthquake, the military pulled the last body out of the rubble. 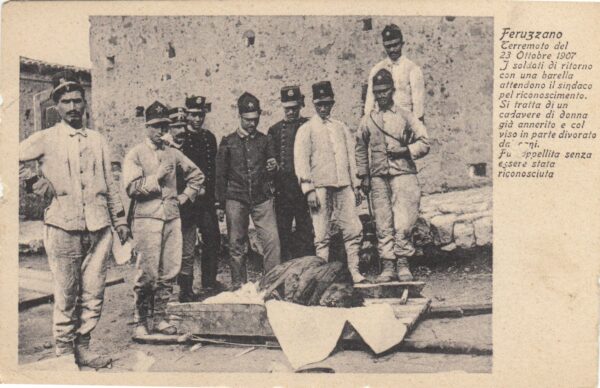 Ferruzzano, earthquake of 23 October 1907 – The returning soldiers with a stretcher await the mayor for recognition. It is a corpse of a woman already blackened and with the face partially devoured by dogs. She was buried without being recognized

From slum to reconstruction

Meanwhile, the military built some barracks and a small field hospital, waiting for the reconstruction work to begin on a site not far from the old town. Unfortunately, after just a year, the Calabrian land shook again: it was dawn on December 28, 1908 when a strong earthquake killed about 120,000 victims between Sicily and Calabria; but this is another story.

In 1910 E. Rodella Lucchini wrote:
The destroyed town had 534 families, with more than 600 homes […]: now 200 homes have been completely destroyed on the Military Engineers’ list; 205 the uninhabitable, the remainder to be landed immediately […]. 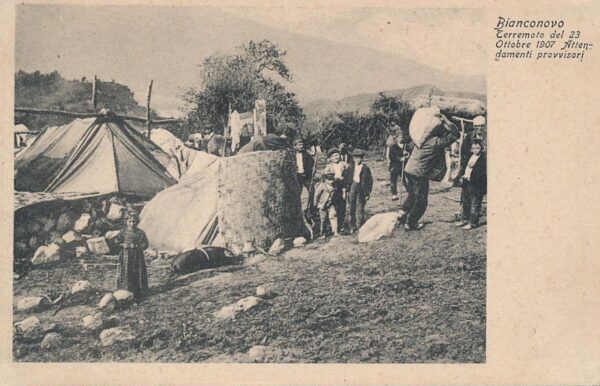 The names of the victims

Here are the names of the victims, in alphabetical order and divided by street or neighborhood (from E. Rodella Lucchini – La distruzione di Ferruzzano – Concorezzo, Tip. Scuola e Lavoro, 1910):

Via Piazza and homonymous district: 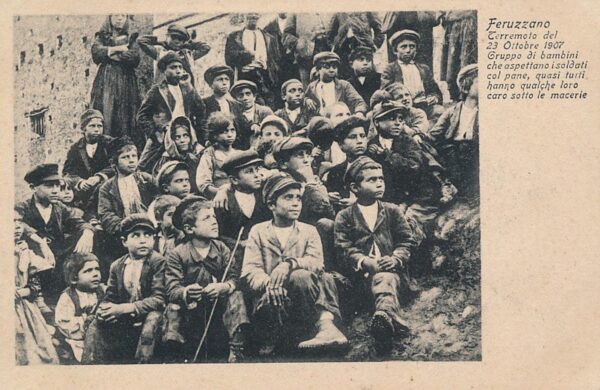 Ferruzzano, earthquake of 23 October 1907 – Group of children waiting for the soldiers with bread, almost all of them have a loved one under the rubble

Via Giuliana and Pioppo district: 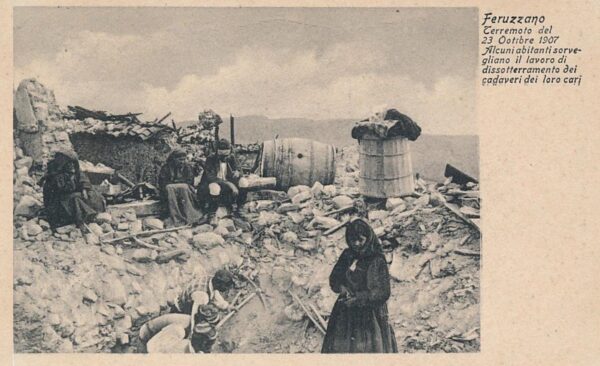 Ferruzzano, earthquake of 23 October 1907 – Some inhabitants supervise the work of unearthing the corpses of their loved ones 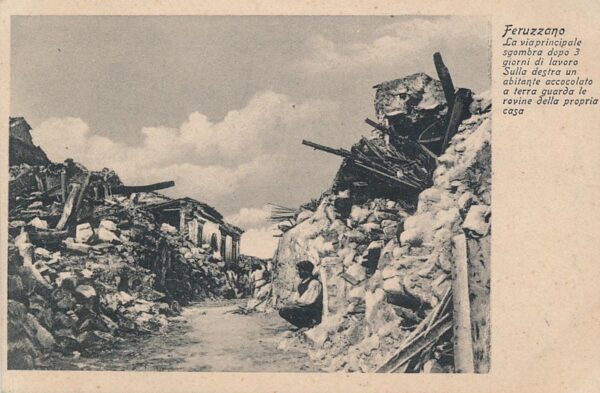 Ferruzzano, earthquake of 23 October 1907 – The main street cleared after 3 days of work. On the right, an inhabitant crouched on the ground looks at the ruins of his house 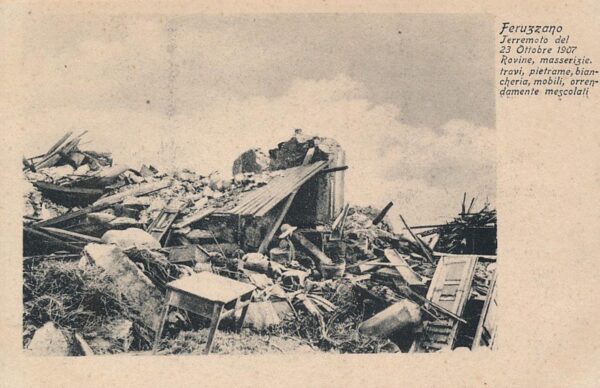 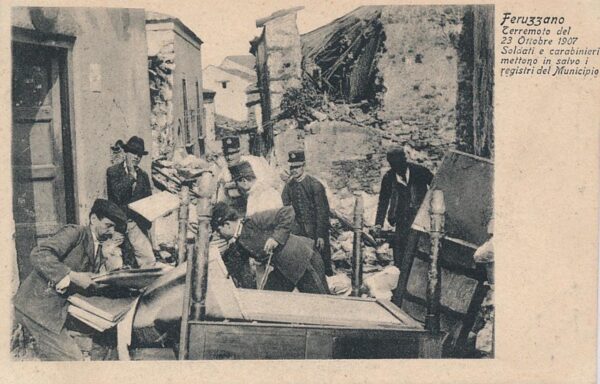 Ferruzzano, earthquahe of 23 October 1907 – Soldiers and carabinieri save the Town Hall registers

CONTACT US if you wish to entrust us with a research on your Calabrian ancestors! 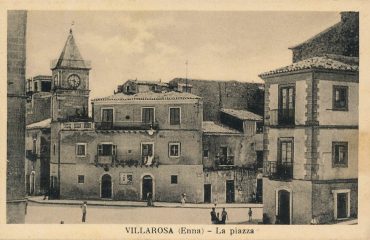 The Surnames of Villarosa in 1748 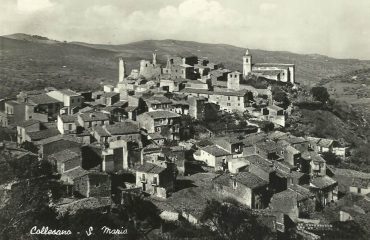 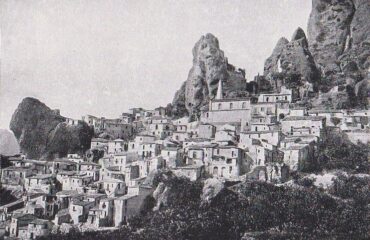 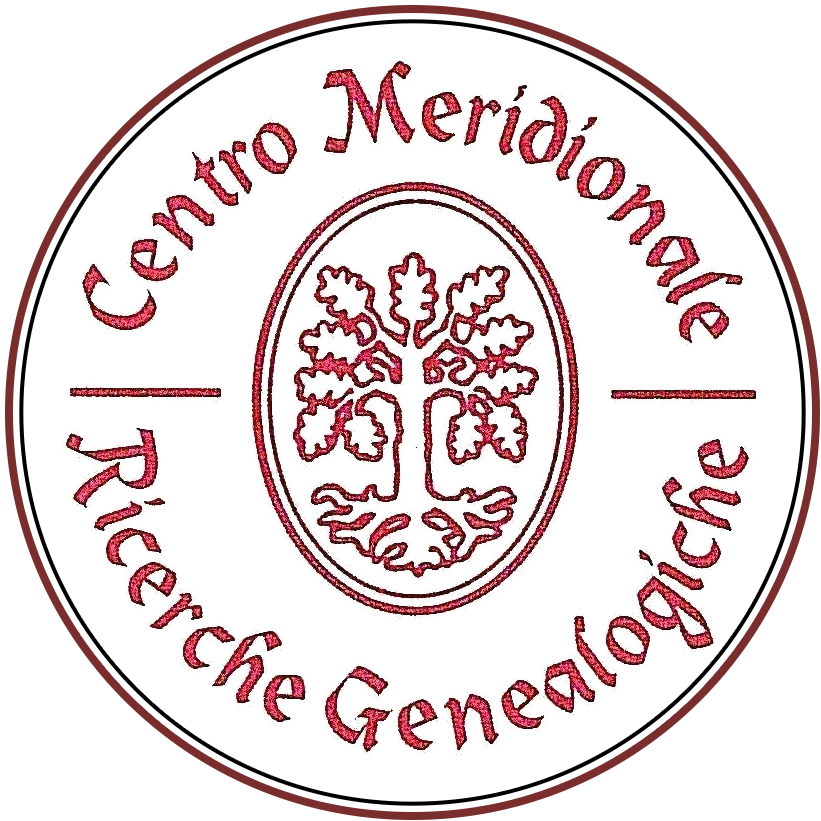